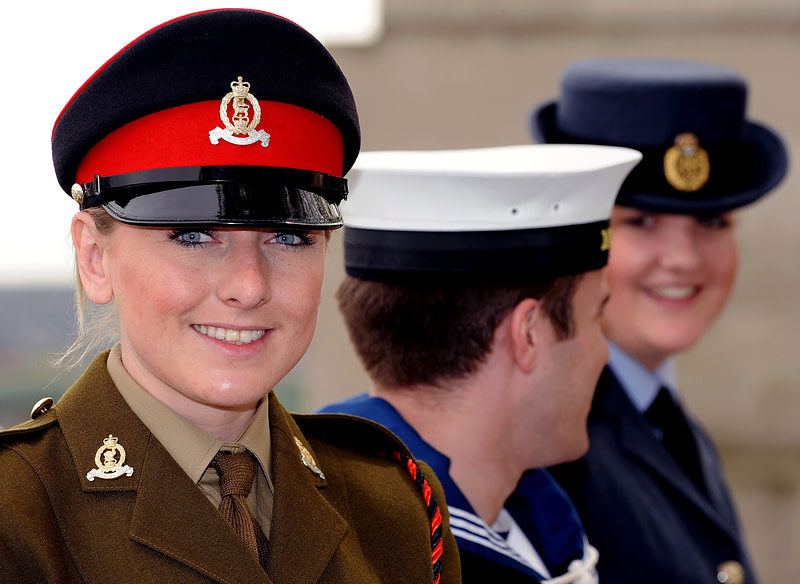 Armed Forces Day is a chance to show your support for the men and women who make up the Armed Forces community: from currently serving troops to Service families, veterans and cadets. There are many ways for people, communities and organisations across the country to show their support and get involved.

Armed Forces Day takes place on the last Saturday each June.  In 2020, it will take place on Saturday 27 June.

Reserves Day will also provide an opportunity for the country to recognise our Reserve Forces.

Unfortunately due to the coronavirus outbreak, this years Armed Forces Day National Event hosted by Scarborough Borough Council has been cancelled.

Showing support for the Armed Forces provides a much valued morale boost for the troops and their families. You can find out more about what they are doing at home and around the world by visiting the official sites of the Royal Navy, British Army and Royal Air Force.

As part of our Armed Forces Covenant pledge we’re delighted to offer a minimum 15% discount from our initial advices fees during Armed Forces Week. The cost of this discount will be met personally by our independent financial advisers.

Serving members of the Armed Forces

The UK Armed Forces defend the UK and its interests. They are busy working around the world, promoting peace, delivering aid, tackling drug smugglers, providing security and fighting terrorism.

A veteran is anyone who has served in the HM Armed Forces at any time (including National Servicemen, Regulars and Reserves).

Reservists give up their spare time to serve in the Reserve Forces, balancing their civilian life with a military career to ensure that should their country require them, they would be ready to serve.

The Cadet Forces (Sea Cadets, Army Cadets, Air Cadets and the Combined Cadet Force) currently support over 130,000 young people in more than 3,000 locations across the UK. Cadets learn life and career building skills as well as gaining vocational qualifications. Our discount extends to cadets aged 17+ and their uniformed instructors.

Our Armed Forces couldn’t do their job without the incredible support of their family and friends. We are happy to extend our Armed Forces discount to the immediate families of service personnel.

Although Armed Forces Day is not a charitable event, the Armed Forces have the support of several UK charities and associations. At our sole discretion, we may also extend our Armed Forces Week discount to support such organisations. 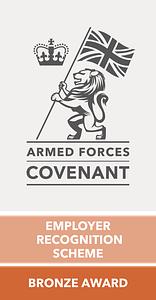 Our posts are intended as financial education and financial information, not as financial advice, and are only suitable for UK residents. Always take professional, independent advice before acting on any information.

The value of investments and income from them can fluctuate (this may partially be the result of exchange rate fluctuations) and investors may get back less than the amount invested. Past performance is not a guide to future performance.

Your home is at risk if you do not keep up repayments on a mortgage or other loan secured on it.

The Financial Conduct Authority does not regulate taxation and trust advice, will writing, advice on deposit accounts, some types of offshore investment, some aspects of buy to let mortgages, commercial finance or offshore mortgages.

Levels, bases of and reliefs from taxation may be subject to change and their value depends on the individual circumstances of the investor. Unless specifically stated otherwise, our posts do not allow for the additional taxation powers which may be levied by the devolved governments.

All information is offered in good faith and is believed to be correct at the time of publication however it may be superseded following publication. E. & O. E.

drop us a line, it's good to talk

This website uses cookies to improve your experience while you navigate through the website. Out of these cookies, the cookies that are categorized as necessary are stored on your browser as they are essential for the working of basic functionalities of the website. We also use third-party cookies that help us analyze and understand how you use this website. These cookies will be stored in your browser only with your consent. You also have the option to opt-out of these cookies. But opting out of some of these cookies may have an effect on your browsing experience.
Necessary Always Enabled
Necessary cookies are absolutely essential for the website to function properly. This category only includes cookies that ensures basic functionalities and security features of the website. These cookies do not store any personal information.
Non-necessary
Any cookies that may not be particularly necessary for the website to function and is used specifically to collect user personal data via analytics, ads, other embedded contents are termed as non-necessary cookies. It is mandatory to procure user consent prior to running these cookies on your website.
SAVE & ACCEPT
Skip to content